Almost eight in ten Amazon Sellers in Germany are not satisfied with Amazon seller support. But they also generate an average of 51.2 percent of their turnover through Amazon. German ecommerce association BVOH calls on Amazon to reform its relationship with merchants.

It seems like most merchants that sell on Amazon in Europe have a love-hate relationship with the US marketplace giant. On the one hand, selling on Amazon gives them lots of revenues (which has led to a boost in Amazon seller acquisition companies in Europe), but on the other hand, it’s not easy having a good relationship with the ecommerce platform.

German ecommerce association has presented a report with the extensive results of a survey on the relationship between merchants and Amazon. It gives insight into the cooperation with Amazon as well as the use of various Amazon services, such as Buy Box, Fulfilment by Amazon, Prime by Seller, Amazon Pay, and merchant support.

78% Amazon Sellers see a difficult to no partnership

One of the main findings, across all topics, is that merchants are extremely dissatisfied with the support of Amazon: 78 percent see a difficult to no partnership. But at the same time, these merchants generate, on average, half of their turnover through Amazon. “This clearly shows the merchants’ dependence on business on Amazon”, the ecommerce association writes.

“The merchants, with their average of 11 employees, have geared their operational planning towards selling the goods via Amazon”, Oliver Prothmann, President of the Bundesverband Onlinehandel, comments. “If Amazon now prevents sales by deleting listings, wrong price error blocking, sales restriction, withholding money up to account blocking, it must at least be possible to find out a clear reason from Amazon and to find a solution with an employee at Amazon.”

And there are enough difficulties while selling via Amazon, the survey shows. For example, in order to get the so-called Buy Box, merchants state that the sales price must be 22.3 percent cheaper than the comparable offer from the Amazon merchant. And 44 percent of merchants said they are prevented from selling a branded product, while 78 percent of merchants claim Amazon puts this restriction on sales.

And eight in ten merchants have already had experience with listing deletions on Amazon. “And almost always, when it comes to accusations of selling testers, samples, used items instead of new or even fake products, this accusation was unjustified.

‘Amazon thinks it can dictate the sales price’

According to BVOH, with so-called low-price or high-price errors, Amazon pressures the merchant to quote a certain price for the offer. “Amazon interferes with the freedom of the merchant to set prices in violation of antitrust law. Without knowledge of, for example, purchasing conditions, cost structure and availability, which determine the merchant’s sales price, Amazon believes it can dictate what the sales price should be. This further encroachment by Amazon on the freedom of retailers must stop.”

One in four got suspended by Amazon

And then there is the suspension of an Amazon account, basically the biggest threat to a merchant. Nearly one in four respondents say their account has been suspended by Amazon in the last twelve months. And what’s also shocking is that over two-thirds of merchants only found out on the day of the suspension and were not warned by Amazon in advance.

“These and many other results show that Amazon does not act in a legally compliant manner”, BVOV states. “Amazon also doesn’t adhere to the agreements with the German Federal Cartel Office and the EU Platform-to-business Regulation (P2B Regulation).”

The association wants Amazon to reform its relationship with merchants and to renew the cooperation with clear communication. “Furthermore, all algorithms should be revised so that merchants are only confronted with real failures. Thirdly, the BVOH demands from Amazon that legally compliant action on Amazon must be possible and that wherever Amazon does not guarantee this, Amazon itself assumes responsibility (polluter pays principle).” 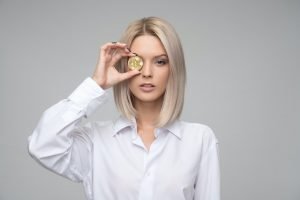 Amazon has told Handelsblatt that it would only be successful if the sales partners were also successful. “For this reason, we always listen to feedback in order to improve our service, and therefore we also take these insights into account and will also contact the BVOH in this context”, a spokesman said. He also emphasized the survey wasn’t representative. “The results don’t paint a reliable or accurate picture of our business”, he said, pointing at Amazon’s own processes through which merchants can provide feedback. “And this feedback contradicts the BVOH survey results.” 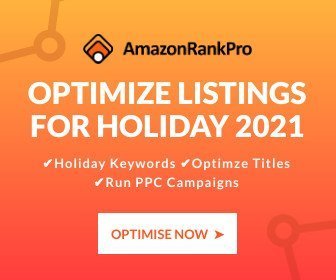